AndroidRank is collecting history data of Android market and Google Play since 2011. Download a free list of android apps and android developers, history of android app installs, ratings, price and growth. We are indexing over 200.000 applications.

Android market growth in number of installs. The following chart displays time report on the total number of application installs. 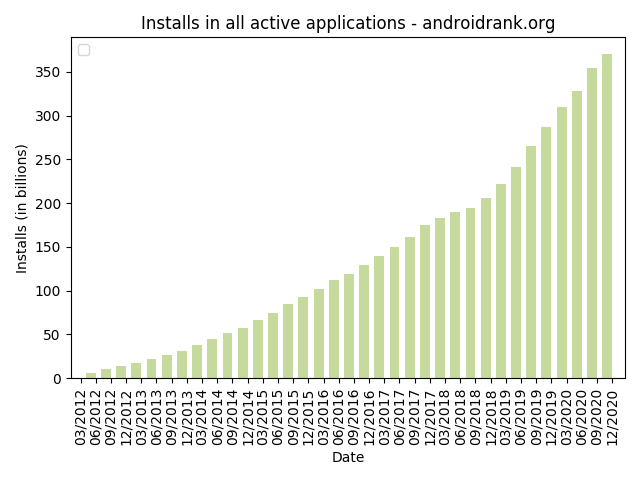 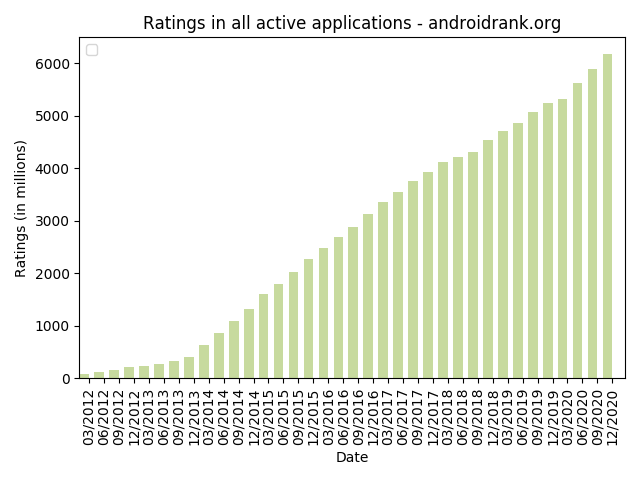 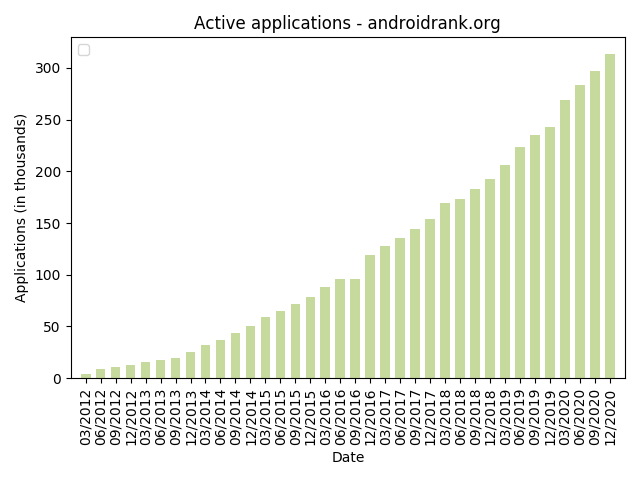 List of apps which achieved 5000.0 million installs on Google Play.

Q: Where do the data come from?
The data displayed on androidrank.org come from data of Google Play (formerly Anroid Market).

Q: How to get an app indexed on androidrank.org?
Currently, we do not provide a way to add apps manually. The app is indexed as soon as it passes basic criteria, which is to have at least 100 ratings on Google Play.